A: When he wakes up next to a dead woman, his first concern is minimizing his personal involvement. (After admitting his own cocaine use.)

B. Padgett constantly bad-mouths me but has yet to show the courage to confront me. (Except for a weak attempt at a DDOS attack. HA!)

C. He’s a real “MENTAL MIDGET” – thinking he could steal $1.2 Million from senior citizens and figure that would be OK. 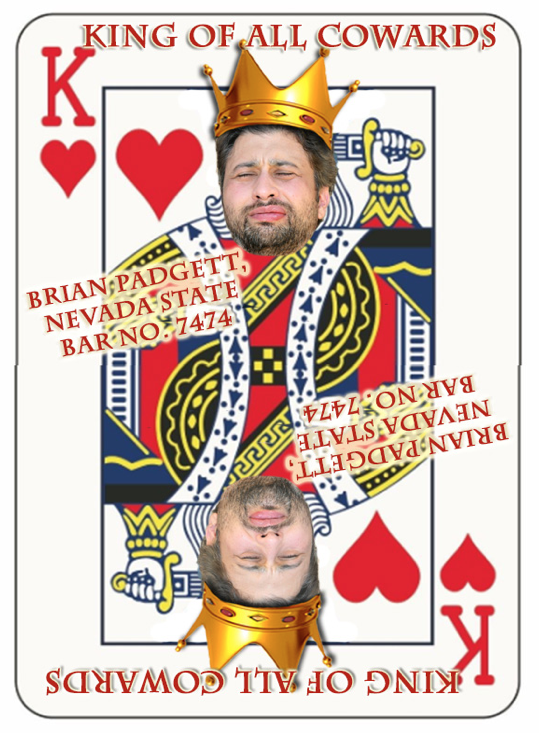