Deeper Dive Into Brian Padgett’s Political Contributions Shows Much More Than Our Initial Discoveries, Thanks to Our Readers

PUBLISHER’S NOTE: Please scroll down to see our highlighted graphic.

We had researched the contributions that Brian Padgett, Bar No. 7474, has made and documented what we found in yesterday’s post; but they go WAAYYYYY deeper than we initially thought.

Thanks to information brought to light after yesterdays’ post another $154,000 in political donations by Brian Padgett have been uncovered. Add that to the $348,972.85 we reported on yesterday and that adds up to more than a half million dollars Padgett has donated — $502,972.85 to be exact. And there may be more. Thanks to our visitors to the website, we’ve unearthed tens of thousands of dollars more in contributions Padgett has made through what are apparently shell companies that he had set up just to spread the wealth around politically in order to donate more money.

And that’s just a handful. See the highlighted graphic for much more in additional contributions we’ve found, below.

Outside of the massive donations Brian Padgett has given to the Coalition to Regulate Marijuana Like Alcohol, Gov. Steve Sisolak seems to have been a particular favorite for donations.

The additional $65,000 we found contributed to Gov. Sisolak plus the $31,500 we reported yesterday adds up to nearly $100,000 in political contributions donated to Steve Sisolak — $96,500 to be exact. And those are just monetary donations. Padgett has also been involved in organizing and executing events that would also help raise money. Those are known as in-kind contributions. We’ll have more on that in a later post.

The question of quid pro quo HAS to come up, in our opinion. That’s despite Gov. Sisolak’s recent harder line on regulating the marijuana industry in Nevada.

For now, however, take a look at the following additional documentation of Padgett’s financial contributions that were uncovered: 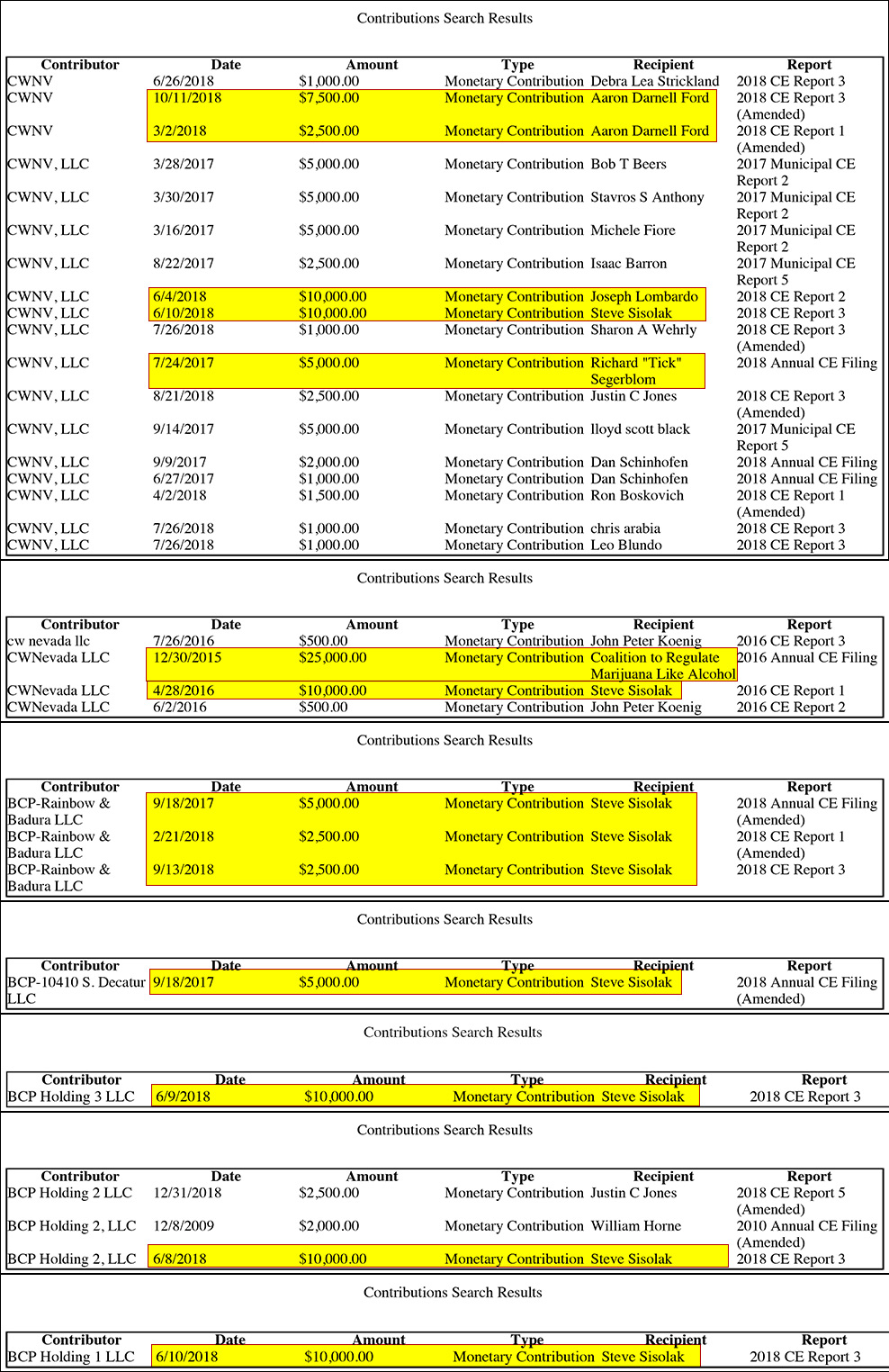