Connie Little and Larua Cruz (“Little Cruz”) – You Should be Ashamed of Yourselves; Assisting and Abetting Brian Padgett’s Reckless Behavior is No Way to Live Your Lives 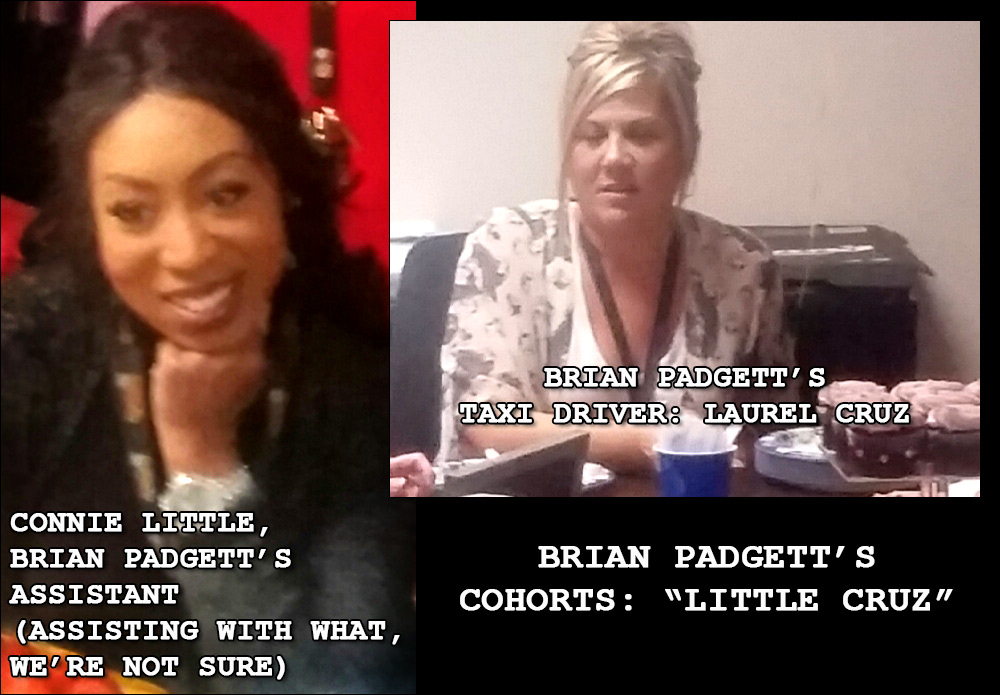 Just in case you’ve turned a blind eye, “Little Cruz”, Brian Padgett is millions of dollars in debt, screwed elderly investors out of millions of dollars as well, not to mention all the employees that I’m sure at one time you were face to face with and saw on a daily basis. Do you have any dignity or pride?

Just remember, the difference between the Titanic and CWNevada was that the Titanic had a band playing when it went down. All that Padgett has is “Little Cruz”, which I have affectionately nicknamed the two of you.

How could Laurel Cruz (a k a – Laurel Cruz-Esau – who, by the way, made donations to then-candidate and now Gov. Steve Sisolak, just like her boss, Las Vegas attorney Brian C. Padgett), and Connie Little work for a low-life drug user like Padgett and maintain any shred of dignity or respect?

Not only is Padgett intimately tied to the untimely and tragic death of a woman he was with when she died — 38-year-old Katie Howard — his office is in foreclosure; it is my understanding that he is struggling to keep the house he rents on Liege Drive in the exclusive community of McDonald Highlands afloat and continue the façade and the masquerade game he plays on a daily basis. This leopard, like every other leopard, doesn’t change his spots.

These women should know about Padgett’s behavior. It’s very well detailed on this site as well as at briancpadgett.net. The evidence of his reckless and dangerous behavior is well documented. For them to continue to engage with Brian Padgett and be a part of his ongoing enterprises in destructive daily living condones that behavior, and they should be ashamed of themselves.

Just scroll down and read the stories here, girls. Get a clue. Don’t be clueless women being used by a dangerous man like this. And make no mistake, Padgett is dangerous. Just read below about the way things wound up for one of his acquaintances, Katie Howard. Walk away, or be ready for whatever comes your way.

NOTE: We have been told by several sources that Brian Padgett has hit rock bottom, has no car, and Laurel Cruz is his primary means of transportation – she picks him up and drives him around everywhere.